“To get lost, is to learn the way”
~ African Proverb ~

Who we are: Neo African Diaspora is an interactive multi-media forum dedicated to examining the factors and trends influencing the wellbeing of African immigrants, mainly in the US, and more broadly in the Western world.

Raison d’être: Africans are among the fastest growing segments of immigrant populations across the world. In the US for example, the number of African immigrants has more than tripled in the last two decades—going from about half a million in 2000 to about 1.7 million in 2017.

While the African diaspora is broad and diverse, stemming from centuries of forced and voluntary migration, recent trends have seen the emergence of a new crop of African diaspora in the Western world. The new (neo) African diaspora includes first and second generation immigrants who are mapping out new pathways in global resettlement.

Whether through remittances or as celebrated innovators, the growing influence of African immigrants in their countries of origin and in their adopted land is undeniable. As African immigrants settle in the Western world, they are overcoming barriers and building an incredibly rich heritage. We exist because their story needs to be told far and wide.

Neo African Diaspora is designed to be a dynamic forum and a uniquely rich repository of reflections and perspectives among African immigrants as they explore the issues that influence their wellbeing. Specifically, the forum aims to:

As an interactive forum, Neo African Diaspora, seeks to engage African immigrants in the Western world and with key stakeholders by:

Through our blog and podcast series, we explore what we consider as two sides of the same coin characterizing the lives of African immigrants. On one side, we look at the way African immigrants relate to their country of origin as transnationals; and on the flip side, we examine the issues that immigrants face as they integrate within society in their adopted land. Whether you are an African immigrant or a stakeholder keen to engage with African immigrants, we welcome you to journey with us.

Dr. Evalyne Orwenyo (Ruby)
Ruby is a neo-African diaspora based in the Washington DC area. Originally from Kenya, Ruby is a scholar and researcher by profession. She developed a passion for Africa and Africans while working as an airline flight attendant (air hostess) where she had the opportunity to travel to various African countries. Ruby’s research focuses on social work within diaspora communities including areas such as acculturation, digital organizing, socioeconomic mobility, health and mental health. She is an avid reader and networker. In her free time, Ruby enjoys cycling, hiking, visiting with friends, and fellowshipping with her church family. During this COVID-era of social distancing, Ruby is trying her hand at bullet journaling, gardening, and nurturing indoor plants. 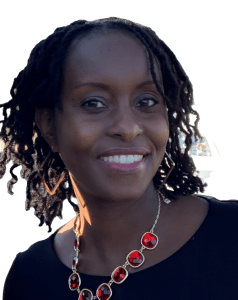 Gitau Mbure
Gitau is an agricultural economist by training and an international development professional by vocation. Born and raised in Kenya but based in the US, Gitau is a proud Africanist, social entreprenuer and social justice activist. His passion for the motherland stems from four years spent at Africa University in Zimbabwe, an institution founded to educate tomorrow’s leaders from across the African continent. As a development professional, Gitau focuses on food security and building inclusive market systems. Gitau is the number one fan of Ruby’s research and has keen interest in examining dynamics related to social cohesion and transnationalism among African immigrants. In his free time, Gitau enjoys hiking, road biking and exploring nature. 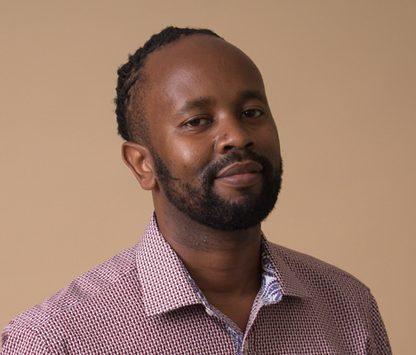